What the fung is an NFT?

NFT’s have taken the internet by storm over the past year and have quickly become the focus of a cultural confusion mainly surrounding what an NFT actually is. Currently, NFTs of everything from drawings of monkeys to gifs of Thanos dancing are selling for numbers in the seven figures. In light of the confusion, the Urban Legend has answered some common questions about NFTs.

What is an NFT?

NFT stands for non-fungible token; essentially they’re like trading cards of the modern age. They’re similar to forms of cryptocurrency like Bitcoin, but the main difference is that each NFT is unique whereas all Bitcoin are the same. Because each NFT is unique their values can differ greatly. The sale history of each NFT is saved on blockchain which essentially provides a ledger for the past sales or trades of the NFT. Therefore who owns an NFT can be easily proven through the sales history provided by blockchain.

Blockchain is really just a database; however, it’s an entirely different type of database than a standard hard drive. Blockchain stores data in sets or groups known as blocks. Each block can hold a limited amount of information and when it is full it is added to the previous block forming the chain aspect of blockchain. For example, in the case of NFTs. The easiest way to visualize blockchain is to imagine a series of boxes connecting one to the next, forming a line. In this metaphor each box would contain data when connected together would form a blockchain. Once a block is closed the information it contains cannot be modified or removed, making blockchain the most secure way of storing a ledger of past sales. Cryptocurrencies like Bitcoin also operate on blockchain.

Can you just screenshot an NFT?

Currently, the internet is entrenched in a bloody battle between people who have spent thousands of dollars or more on NFTs and people who have screenshotted those NFTs (nicknamed ‘screenshotters’). The conflict occurs when screenshotters claim to have as much ownership over them as the actual purchaser. Really neither of these people own anything tangible; both people have access to the same image or piece of media. The only actual difference is that the person who owns the NFT paid for it and can sell it.
The main argument is that by screenshotting an NFT you don’t legally own it, which is entirely true. Other things that you can’t own by screenshotting include every other picture that is currently accessible on the internet. If you screenshot a picture from google you don’t own that picture, whoever took it and has the copyright owns it. It’s exactly the same with an NFT except it’s much easier to prove who actually owns it. However, buying an NFT does not give you the copyrights to that piece of media. If you buy a Bored Ape NFT (a popular series) you legally cannot then print that ape picture onto t-shirts and sell it. Non-fungable tokens do not transfer copyrights along with ownership. 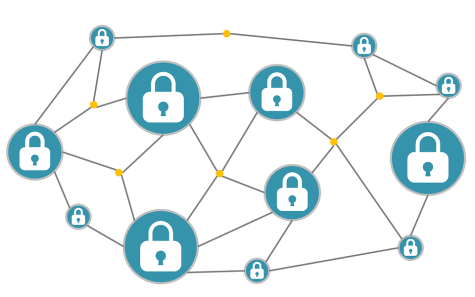