Sexism a problem for women not only in Israel, but in the U.S. as well 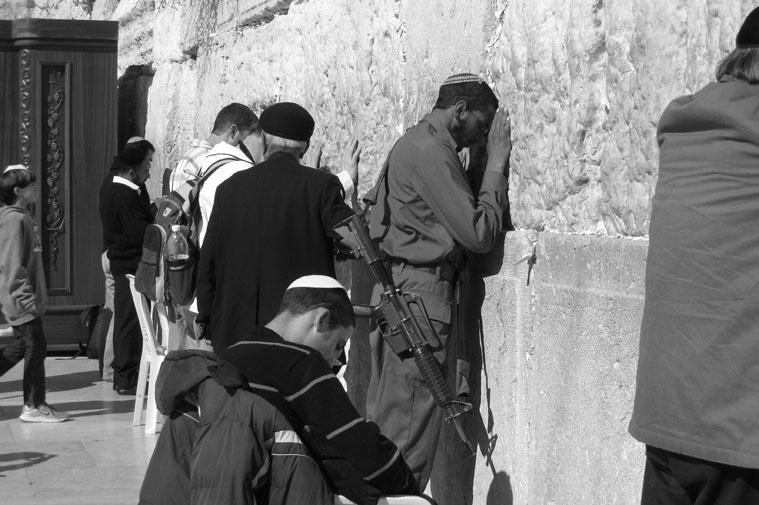 At Temple Emanu-el on Yom Kippur morning, several thousand fasting Jews watched as a few congregants in white prayer shawls came forward, were blessed, and got ready to perform the traditional Torah reading.

It was the same ceremony I have witnessed every year of my life, with one noticeable difference: Every single Torah reader that morning was a woman. While this was unremarkable at my progressive synagogue, in the Jewish world at large, women often are not allowed to participate in Torah services at all.

In 2003, the Israeli Supreme Court barred women from reading the Torah near the Western Wall, the holiest Jewish site in the world — and this summer, a woman was arrested for just carrying one.

Israeli activist Anat Hoffman, a member of the group Women of the Wall, which promotes women’s religious rights, was guiding a group of women from the Wall while carrying a Torah on July 14. Police arrested her despite the fact that she was not reading from the Torah, and therefore not breaking any law.

I have yet to go there, but I feel Israel is both my spiritual and my ethnic homeland. So I am shocked and angry to discover that, if I were to go tomorrow, I would not be allowed to participate in a Torah service at the Western Wall because I am a woman.

Zoe Rosenfeld (’12), who visited Israel for two weeks last year, said, “what frustrates me is that … in Israel, the only state sponsored synagogues are orthodox synagogues.”

She explained that the legal recognition for Orthodox Judaism alone is “why a woman was arrested for holding a Torah there.”

The entire controversy insults me, both as a woman and a Jew. I believe in democratic Judaism; I have been stirred by the many Torah passages that teach tolerance and equality, ideas that transcend the text’s outdated context. Certainly, there is sexism in the Torah, along with other nasty stuff, but I have never felt that it curtails my faith or religious practices.

And while women’s rights are important to me, in my day-to-day life I generally consider them a fact, not a goal. So the law that forbids women from reading the Torah at the Western Wall seems outrageous to me.

Yet in the same way I was surprised to discover that my international religious community is not as open-minded as I assumed, on closer inspection, my national community is nowhere near as egalitarian as I allowed myself to believe.

Our woman-friendly country “has the world’s highest rape rates of all countries that publish such statistics,” according to the Crisis Intervention Center; women earn 77 cents for every dollar earned by men; and even our brand-new public health care plan does not cover abortion.

While I believe that keeping Jewish women from a holy site is senseless, the injustices that are normal parts of many American women’s lives are equally anachronistic.

The U.S. lets sexism off the hook, contenting ourselves with the fact that we are relatively equal compared to the world at large. But just because the challenge is not as clearly in the public eye does not mean that the injustice isn’t here.

I feel outrage at institutional sexism 6,000 miles away in Israel, yet on a daily basis I let myself forget the inequalities faced by American women. It makes me hope that a few thousand years from now, our modern treatment of women will seem as nonsensical as the the Israeli Supreme Court’s attitude does now.