“Other people can put their hands up, I’m not stopping them,” politely responds the student. The teacher nods and awkwardly laughs, ultimately allowing that student to answer the question.

I am not surprised by the student’s bold response to the teacher, though I am surprised that the teacher scolded the student for participating. In all of my Urban classes so far, a teacher has never asked a student to stop participating. This was a shocking deviation from the norm. In general,  Urban’s grading process tends to reward students who frequently answer questions. 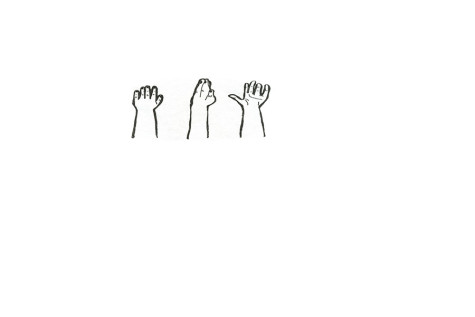 Urban students who either don’t feel comfortable participating in class or just don’t like it are constantly asked by teachers for their opinions and comments, even though many of them contribute to the class in other ways. Urban teachers seem to only recognize methods of participation in which students are vocal.

As expressed in Urban’s mission statement, the  school values “rigorous engagement.” When it comes to the overall grade in a class, participation is key. I began to discover that more introverted students were able to successfully navigate the classroom environment without necessarily contributing as many verbal comments as their extroverted peers. English teaching fellow, Sonia Kim, agrees that “Urban does in some ways privilege extroverts.” Kim also acknowledges that at least in English class, “participation is very important,” especially at a small school like Urban.

At Urban, it is not uncommon for a student to feel like they process more information from listening, rather than participating. Cayley Crist (‘17) identifies herself as an introvert and prefers to take notes rather than participate verbally in order to show her understanding and stay engaged in class discussions. However, when asked if she thinks her low participation level in classes affects her overall grade, Crist believes that “it definitely does.” Crist feels that “sometimes the teachers assume (she is) not listening because (she does not) participate,” when in reality, she is.

The fact that in-class participation is such a big part of a student’s grade at Urban is a problem. Many students, such as Crist, don’t feel as though participation is the best way for them to learn. Some teachers, such as History teacher LeRoy Votto, recognize the more introverted students and accommodate for students who feel less comfortable speaking in class. Votto gives out his phone number to students, so he “lets it be known that (he is) available” outside of class time. Votto also pays less attention to the number of times a student participates, and is more focused on “students getting in the habit of having some confidence in their ability to converse.”

The Urban grading rubric relies too much on participation levels. More Urban teachers need to acknowledge that a lack of participation doesn’t necessarily indicate an absence of understanding. Participation is not a good way of grading students. Instead, Urban should revise the rubric to accommodate students who feel less comfortable verbally participating in class, adding a section dedicated to other ways students can show involvement.