Opinion: Cori Bush is the future of the Democratic Party 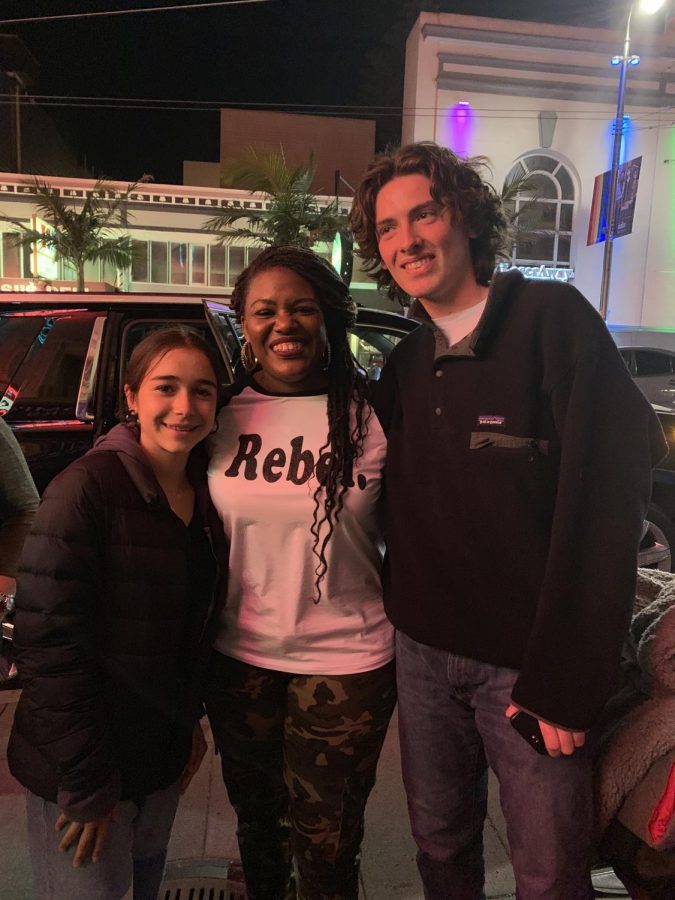 In April of 2019, I, along with Palmer Dean ‘22, had the opportunity to hear Cori Bush speak at the Castro Theater after the San Francisco premiere of Knock Down the House. The documentary follows four progressive Democrats, including Alexandria Ocasio-Cortez and Bush, challenging congressional incumbents in the 2018 midterm elections. When the credits rolled and Bush stepped on the stage, her smile lit up the room. Everyone fell silent as she spoke passionately about the issues her community faced, and she had an infectious joy and hopefulness about her. When we left, Palmer and I knew we had witnessed someone special. We started following her on Instagram, and as we sat on the bus home from the screening, we typed out our plea for her to attend an Urban ASM. Unfortunately, we received no response.
Cori Bush first came to prominence as a Ferguson-activist in 2014, in the aftermath of the murder of Michael Brown by a white police officer, and ran unsuccessfully for Congress in 2018. Bush, a nurse, pastor, single-mother and progressive Democrat, is now the Democratic nominee in Missouri’s first congressional district, and on her way to becoming Missouri’s first Black congresswoman after defeating 20-year Democratic incumbent William Lacy Clay Jr. in the August primary. The Clay family political dynasty that had spanned more than 50 years was not making the needed change in the lives of people in Missouri’s first congressional district, and in 2020, the people chose Cori Bush to represent them.
In 2016, Senator Bernie Sanders’s political insurgency against establishment interests in the Democratic Party forced moderate Democrats to acknowledge and attempt to win over a growing wing of progressive voters. During the midterm elections in 2018, although progressives did not receive the sweeping support they hoped for, four outspoken leftist Democrats, Alexandria Ocasio-Cortez, Ayanna Pressley, Rashida Tlaib and Ilhan Omar, won their congressional races. Now, after Senator Sanders’s second failed presidential bid, Cori Bush, among other progressives like Jamaal Bowman—the educator turned progressive politician who defeated 16-term incumbent Eliot Engel in New York’s 16th congressional district—has taken charge of pushing the party to the left.
Bush is the type of politician that America needs because she knows her political duty is to better the lives of her constituents and not herself. She also knows that policies like the Green New Deal as well as Education, Housing and Medicare for All will help create equitable opportunities for all Americans. Bush also believes extensive criminal justice and immigration reform, including the abolition of ICE and the closing of private prisons, are the solution to hundreds of years of inequity and the only way to ensure a better future for America.
This past summer I saw that she was once again running for Congress and I decided to help phonebank for her campaign. In the summer of 2020, protests sparked many Americans to reckon with the racial injustice that has existed in America since its conception, and I saw her platform become increasingly relevant and urgent. Bush is someone who has been reckoning with these injustices long before this summer. “Being a woman of color, our image is really scrutinized,” said Bush while on the campaign trail in 2018. “You have to speak like this, you have to dress like this. I decided that, yeah, I don’t care. Basically deal with it, you know. People of my district, this is how we look, I’m going to serve and represent the people of my district.”
Her activism, and now her congressional seat, is so threatening to the Republican Party that she became a talking point of Mark and Patty McCloskey—the couple who pointed guns at St. Louis protestors—during the RNC in August.“That Marxist revolutionary [Bush] is now going to be the congresswoman from the first district of Missouri,” said Mark McCloskey. “These radicals are not content with marching in the streets. They want to walk the halls of Congress. They want to take over. They want power.”
Bush doesn’t want power, and she never set out to become an activist or a politician. Instead, she lived in a community whose politicians were failing to serve it and set out to change it herself through sustained activism and revolutionary policies. Cori Bush believes in a future where protecting and investing in her community is paramount and a new standard of justice is implemented. America has always needed politicians like Cori Bush—those who believe that radicalism is the only solution for the future of America.