Opinion: the SAT and ACT have overstayed their welcome 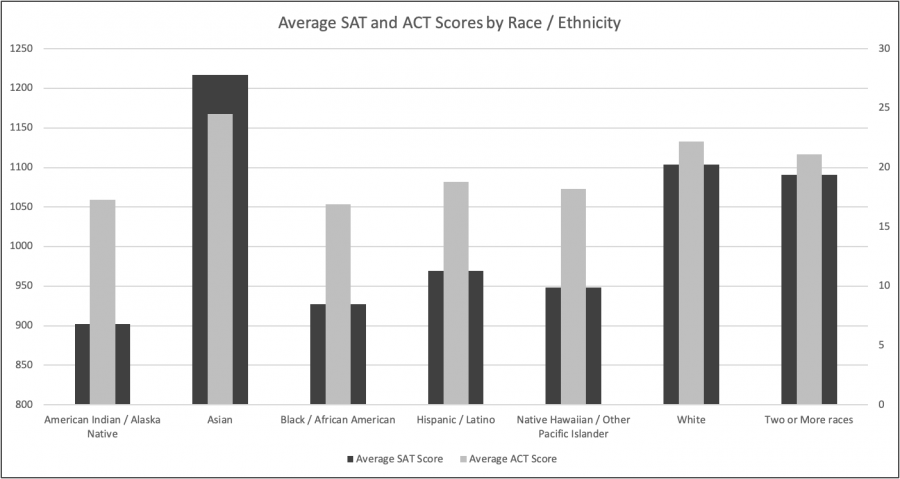 A rising number of colleges have begun phasing SAT and ACT scores out of their admissions decisions, in a move that is long overdue. Not only are these standardized tests extremely time-consuming to study for, taking valuable time away from students focusing on topics they’re passionate about, they’re also highly inequitable.

The SAT and ACT embody inequity as “they favor, in their language and their framing … wealthy men,” Lauren Gersick, director of college counseling said. “That’s pretty much what it boils down to.” In their 2019 SAT Assessment Report, the College Board reported an average SAT score difference of 260 points between students with a family income of less than $20,000 and over $200,000. The same discrepancy is seen in the ACT. According to a study of 6,440 students from across the country, on average there is a 4.3 point difference in scores between students with a family income below $36,000 and above $80,000.

This inequity is further amplified through varying levels of test prep, even shown within the Urban community through a recent survey of 29 Urban seniors. While some students reported paying zero dollars on test prep, others reported paying approximately $5,000. An anonymous Urban senior who did not pay for test prep said that many of her friends paid for one-on-one tutoring. If the anonymous senior and her friends were to study for the same amount of time, she said, “I definitely think they [would be] more prepared.” However, with more time and “a lot more effort,” she said that the preparation gap could be filled, though it “is really hard.”

In addition to family income, race plays a very impactful role in SAT and ACT scores. According to the 2020 SAT Assessment Report, there is a sizable score difference of 315 points between American Indian/Alaska Native and Asian students on average. Similarly, in their 2018 Profile Report, the ACT divulged a 7.6 point difference in scores on average between Black/African American students and Asian students.

Parental education also greatly influences students’ SAT and ACT scores. Students whose highest parental education level is below a high school diploma get, on average, 267 points less on the SAT than students with a parent who has received a graduate degree, according to the 2020 SAT Assessment Report. This inequality is also shown in the 2016 ACT Profile Report, as students whose parents didn’t attend college had a 5 point lower score on average than students whose parents had a graduate degree.

Despite the many inequalities reflected in SAT and ACT scores, some people still argue that the existence of these tests is important because they help establish a standard for students applying to colleges across the country. However, there are far more equitable ways to go about standardizing the applying class. Gersick said that high schools give colleges a profile with basic information about the school (including classes offered, the percentage of students who go to college each year, and the demographics of the high school) so that colleges can contextualize each applicant. “The UC system does a pretty good job [of this],” Gersick said. “They’re able to read hundreds of thousands of applications, [yet] they can take into account factors that might be affecting someone’s performance.”

Additionally, it has been repeatedly proven that GPA is a better predictor of college success than SAT and ACT scores. “Especially going to Urban, [the SAT and ACT are] even harder because we don’t learn that way,” said Olivia Everitt ‘21. In a recent study of 1.6 million University of California applicants, Sal Geiser, a researcher at UC Berkeley, found that the relationship between SAT scores and family income is three times as strong as the relationship between students’ high school GPA and their family income. Furthermore, a study of 55,084 college students published in the journal Educational Researcher, shows that high school GPA predicts college graduation rates five times more accurately than ACT scores. While much of a high SAT or ACT score is a reflection of said student’s attention span, their ability to cram, and the life they’re born into, a high GPA more clearly shows dedicated hard work and aptitude, both of which are much more important in college success.

“SAT and ACT tests have been proven time and again to be inherently biased,” said Gersick, “So do I think that the banning of the particular assessments that we know as SAT and ACT would be beneficial? Absolutely.” With plentiful data showing numerous inequalities in the SAT and ACT, how long will it take for all colleges to go test blind? 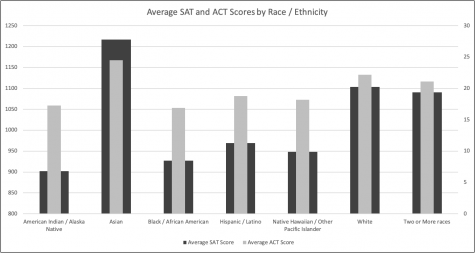