Opinion: SF must evolve past the automobile 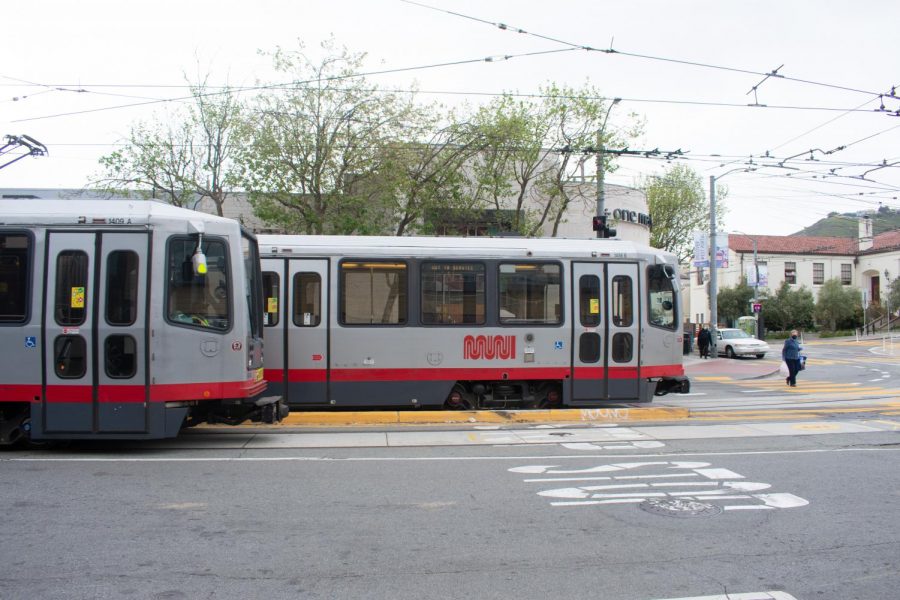 The average San Franciscan spends 83 hours every year looking for parking. That’s more than two full work weeks. During those 83 hours, $1,735 of wasted fuel is burned, generating carbon dioxide pollution. As a city, we collectively burn $655 million worth of fuel searching for parking every year, contributing to the rise of carbon dioxide pollution. The San Francisco Municipal Transportation Agency spends a staggering $136.3 million per year maintaining and cleaning the city’s 1,260 miles of roads, according to the SFMTA budget. San Francisco is a city built around the automobile.
San Francisco has horrible traffic, awful roads and long commute times for a city only 7 by 7 miles. For one of the richest cities in the world, getting around sucks.
The city of San Francisco has an annual budget of nearly $14 billion, yet our public transit is awful and has barely improved in decades. Muni is plagued by delays, breakdowns, system failures, slowness and inefficiency. We have sacrificed so much funding, attention and land space to the automobile while gaining very little. A robust, expansive and reliable transit system would solve nearly all these problems and help SF combat climate change, traffic deaths, commute times and more.
It’s time for San Francisco to discourage car usage and invest heavily in other transit alternatives. San Francisco has an advantage because it’s a small city, so with a more expansive public transportation network, we could eliminate the need for cars for the majority of intra-city trips.
San Francisco has some of the most expensive parking in California, which should generate more than enough revenue to make our public transit the best in the world. There’s only one problem: SF parking meters turn off right before peak hours. Meters turn off at 6 pm, just in time to miss tens of thousands of people parking to eat out. Extending metering hours could create a massive revenue increase for the cash-strapped SFMTA, allowing for more investment in Muni and other transportation infrastructure.
While many people agree the city needs to transform the way we commute, the Board of Supervisors and other city officials seem perfectly content with keeping things the way they are, proudly posting pictures of their reserved parking spots outside City Hall.
The automobile costs San Francisco lives and millions of dollars yearly. With SFMTA facing budget shortfalls until 2023, now is the time to go big on transit. Large-scale transit investment by the city would not only save San Franciscans billions in the long term, but it would create countless jobs and help San Francisco recover from the economic fallout of the COVID-19 pandemic.