Where is Urban’s athletic trainer? 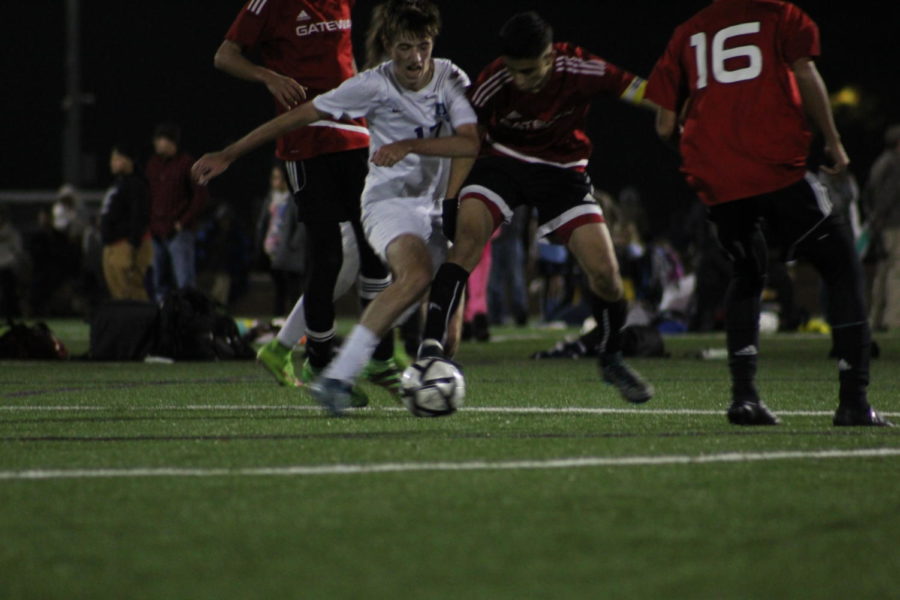 Urban Blues face Gateway in the second round of NCS, November 4, 2017. Photo by Phoebe Grandi, Head of Photography.

With over 65 percent of students playing a sport each year, according to the school’s athletics page, it is clear The Urban School’s athletic success is a big part of its students’ identities. However, while some teams have athletic trainers on call, The Urban School does not have an official school trainer, someone who is trained in medicine that aides athletes either on the field or during practice, to help athletes through injuries and counsel them on diet and exercise off the field.

Boys varsity soccer is one of the few teams that does have a trainer. Coach Danny Cardoza said, “The varsity soccer team had one because I know someone who is a certified trainer.” Without Cardoza’s personal connection, the soccer team would not have an athletic trainer either. “[I] begged her to do just whatever matches she could, [despite it not fitting with her schedule.]”

Sydney Cohen (‘19) has played on numerous Urban School sports teams over the years, including cross-country, junior varsity soccer, junior varsity volleyball, varsity lacrosse, and track and field. Urban’s substitute for a formal trainer is having coaches carry supplies with them. The use of an official trainer ready at games means more to Urban School athletes than just having someone to help with injuries. Trainers provide emotional support and stability. “It does feel good when, if you get injured on the soccer field, the other team’s trainer rushes on with a med kit. I kind of wish we had a person at Urban that we knew and trusted to take care of us, [instead] of having a stranger,” Cohen said.

Justine Li, an athletic trainer at University High School, was able to speak from another perspective. She went into sports medicine because of her own experiences with high school sports injuries. Games, meets, and even practices can turn “traumatic” and “potentially life threatening,” according to Li. “We’re the ones taking charge on the field when someone is knocked unconscious or has fractured a bone. [These] shouldn’t be left for coaches or parents to manage.”

Jade Barnblatt (‘18) wants access to a trainer for another reason. Barnblatt said she “would benefit by learning about a proper diet for [her] athletic goals, how to build muscle, and what type of exercise is important to do outside of sports practices or seasons.” She shared Cohen’s beliefs, and said it would “be helpful to have trainers teach us proper warmup and cool down activities, proper stretches, how to prevent injuries, and how to deal with them if we do.”

Both Barnblatt and Cohen saw the school’s logic in not having a trainer, however. “I don’t think it’s entirely necessary to have a trainer, because we do have a med kit and that is sufficient enough,” Cohen said.

Joe Skiffer, director of athletics and coach at Urban, shares Cohen and Barnblatt’s belief that having a trainer to help cope with injuries, concussions in particular, would be helpful. However he does not notice a difference in skill when he watches Urban play schools that do have trainers, and believes “our athletes should know that the best way to protect themselves from injury is by getting their bodies prepared for their sport … [Ultimately] It’s a matter of budget and practicality,” Skiffer said.

Just because Urban does not have an athletic trainer at the moment does not mean there is no hope for one in the future. “It would be great to have one to answer questions about injuries, suggest rehab exercises, help create systems to deal with injuries, and handle paperwork around injuries,” Skiffer said.