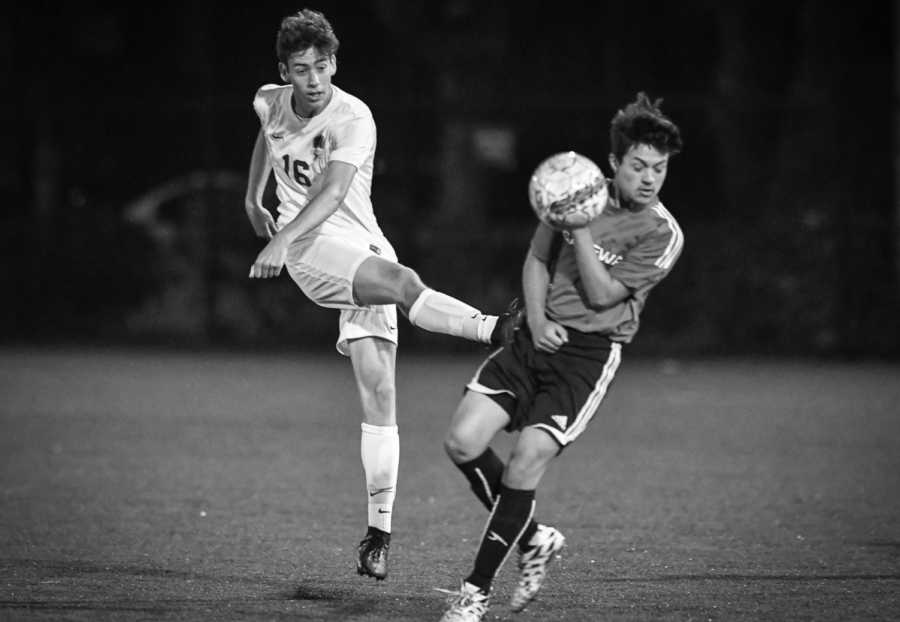 In December, the boys soccer teams will kick off their seasons in the winter rather than the fall for the first time. Many schools, including Lick-Wilmerding High School, University High School, and Marin Academy, have already made this move to the winter, leaving Urban to compete in a fall league without them. For this reason, the transition from fall to winter will reintroduce the challenge of playing against these teams.

Many Blues have expressed doubts about the team’s potential to compete against these schools, particularly because the team graduated 11 seniors last year. However, this move has been in the works for a while, even before Urban realized the challenges that it would face with this switch.

Danny Cardoza, Urban’s varsity boys soccer coach, said, “It was a collective decision between a lot of people here at school… the main reason for it being that we have always aligned with the schools in BCL West.” Urban Athletic Director Joe Skiffer, Cardoza and others who had a say in the matter considered many pros and cons before deciding to switch seasons.

Skiffer explained that “one of the main reasons to switch to the winter was to allow club players to play for both of their teams because in the fall and spring they would not be able to do both.” However, this significant advantage, which allows club soccer players to continue to play throughout the year, was not the only pertinent factor in the discussions, as the move to winter also posed several potential downsides.  From Skiffer’s perspective, the largest conflict of this move was that basketball and soccer would overlap. “Basketball and soccer are two of our most popular and successful sports, looking at what both teams have done recently, and for that reason, I was worried about the issue of having both in the same season.”

While he was positive overall about the switch, Cardoza had a different perspective on the potential downsides of the change, worrying more about his players than scheduling conflicts. “The biggest problem for me is that it makes the season much longer, starting late in fall term and extending all the way into spring term, which is a really large commitment for the guys.”

While there may be scheduling conflicts between the various sports that are now in the winter season, the move to the winter provides the soccer team with new and stronger competition. Urban will see both boys soccer teams facing off against the likes of University, Lick-Wilmerding, and Marin Academy, along with Stuart Hall High School and San Domenico School.

In response to worries he has heard around Urban about his team’s ability to compete in this new league, Cardoza said, “Look: our team has come a long way in the last few years, and I feel that we’ll be able to cope with the challenge. I’m looking forward to it.”