In the fall of 2020, Oz Sailors accepted the role of head baseball coach at the Urban School of San Francisco as the successor of longtime head coach Noah Bowling. Roughly six months later, she made headlines in the San Francisco Chronicle for her history-making coaching tenure at Urban. “They told her she’d have to quit baseball. Now she’s a pioneering S.F. varsity coach,” the headline read. Sailors is one of the few known high school Head Varsity Baseball Coaches in the nation, the culmination of a baseball career fraught with sexism and adversity. However, her strength and resilience did not allow this to quell her passion for the game she continues to play, coach, and love.
Born in Santa Barbara, California, Sailors experienced baseball for the first time in Little League, in an era where girls rarely played the sport. “There were definitely a lot of people who did not want to see me succeed or believe a girl should have a place on a ballfield,” Sailors said in an interview with the Urban Legend. As young as age nine, she was encouraged by those around her to quit baseball and take up softball. “I feel like that was a driving force behind me wanting to prove them wrong,” she said.
Moving to Maine as a teenager, she was met with extreme sexism at the hands of her high school teammates who also did not wish to see her succeed. “Being a female high school player was rough, especially my first two years,” she said. “My teammates were not happy I was a part of the program and did everything they could to make me feel extremely uncomfortable and not welcome.” She was forced to transfer schools to escape the hurtful behavior of her teammates, and enrolled in a school where her teammates were “nice and supportive.”
Playing in college was a much different experience for Sailors than playing in high school. “My teammates were extremely supportive and respected the fact that I was good enough to play on the team and be a contributing player,” she said. “It was refreshing to be respected.”
A pitcher throughout her career, Sailors led her team in appearances as a freshman, a testament to her abilities. At the age of 17, she was offered a spot on the U.S. Women’s National Team. “Playing for Team USA was a dream come true because it was the first time I was on the field with women and not treated or looked at differently than my teammates,” she said.
Despite her achievements, sexism persists in Sailors’ career. “I feel like sexism is a byproduct of being a woman in a traditionally male role,” she said. “It is unfortunate, but it is going to be that way until we see more and more women coaching to the point where it is not a story anymore.”
“I feel if you are doing what you know is right, and doing what you are passionate about… if people heckle or pass judgment because you are just being yourself, you are doing your part on slowly changing the culture,” Sailors said.
Thankfully, in Sailors’ eyes, baseball culture is moving forward. “More and more men’s teams are hiring female coaches and we see more women participating in athletics in general now more than ever,” she said. “It is becoming normalized.”
Coaching at Urban has been a welcome experience in respect to the rest of her career. “With the exception of the University High School coach going on a rant at the home plate meeting about women in baseball, gender hasn’t really been a topic of conversation,” she said. “I feel like the players look at me as their coach. At every other school I’ve played at or coached at, it’s always been a topic of conversation.”
For Sailors, the future is bright. “I love where I’m at in my career,” she said. “I last played in the pro women’s league in Japan in 2019 and try to keep my arm healthy enough to play either overseas or for Team USA for a few more years while still developing and working with kids of all ages who want to play baseball.”
As for Urban, her ambitions are clear. “I hope to stay at Urban for a very long time and build a program that is about people first and great players,” she said. “Second, put Urban back on the baseball map and win some championships!” 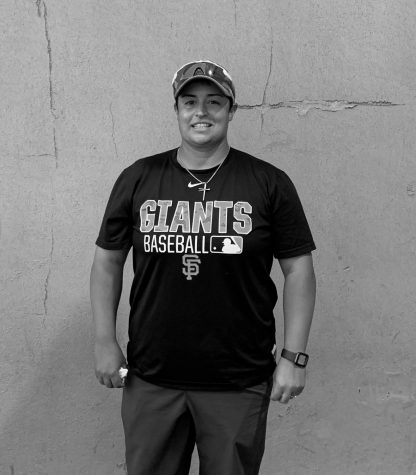